Download the free SpaceCAD trial now to find out if it's a good fit for you!

Download this version to your PC, install it by double-clicking spacecad6.exe (it's in your "Downloads"-folder), and watch the intro video below to help you get started!

Then, check out all the exciting rocket design features:

Ready to buy? Then order a license key to turn your trial into an unlimited version!

Watch a short introduction video to get started 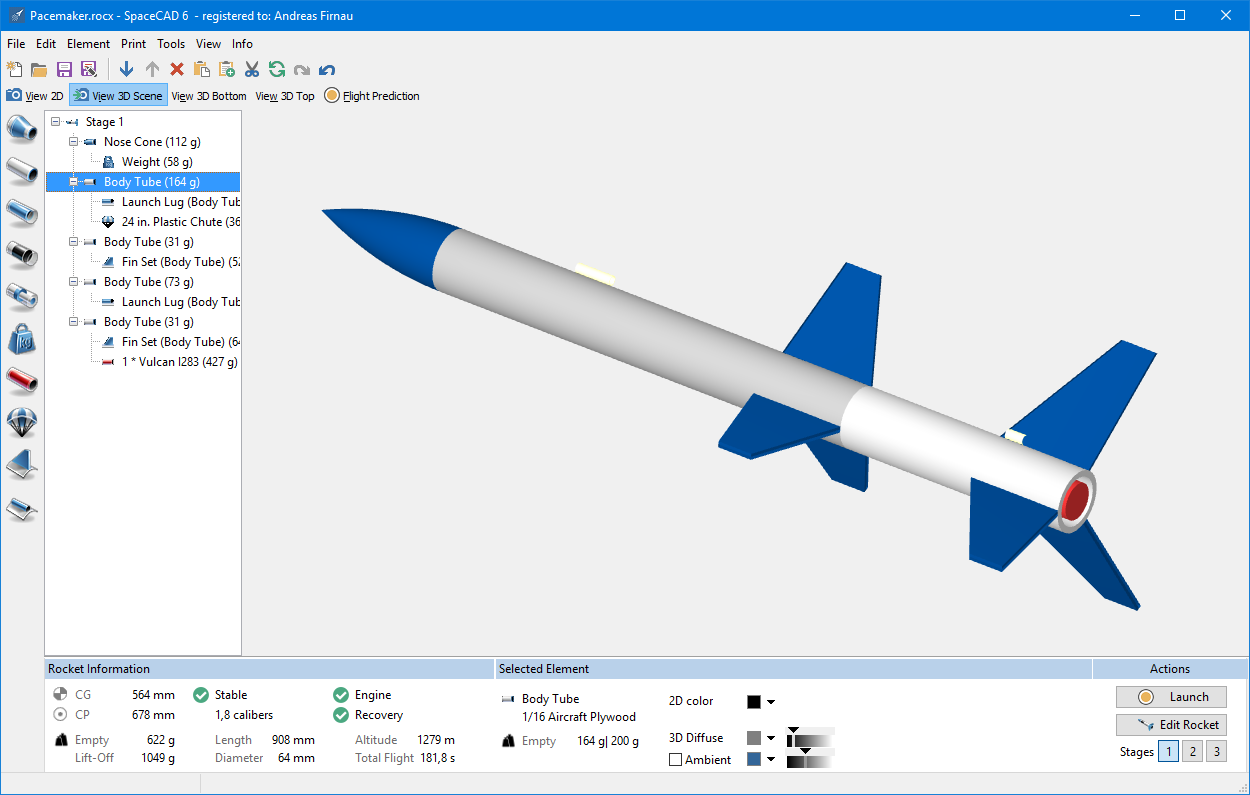 Frequently Asked Questions regarding the trial

Already have a license?

SpaceCAD 6 is already installed on your PC? Then simply download and install this to get the latest version.

Does the SpaceCAD trial have any limitations?

The only limitation is the 30-day time period. The SpaceCAD trial is fully functional.

When do the 30 days of the trial start?

Your free trial will expire 30 days after you open the application for the first time.

When I purchase SpaceCAD, what should I do with the SpaceCAD trial application?

Enter the license key in the trial version and it will automatically transfer to the full version without the time limitation.

Where can I purchase SpaceCAD when the 30-day trial expires?

You can order SpaceCAD right here on this page - just click here!

Can I use the rockets I create in the SpaceCAD trial in the full version of SpaceCAD when I purchase it?

You can continue to work with the rockets you created with the SpaceCAD trial after you purchase and install SpaceCAD.

Can I install the SpaceCAD 6 trial on a computer with a previous SpaceCAD already installed?

You can install the SpaceCAD 6 trial and use it on a computer that already has a previous version of SpaceCAD installed.